The term panic disorder is often associated with people who feel an almost uncontrollable level of panic and fear that can start and stop within moments. They often leave the person sweating profusely, feeling vulnerable and usually feeling significantly disoriented. This can lead to feelings of fear about their own well-being, exacerbating the issue further.

Someone who is going through a panic disorder, then, will likely:

These problems could make it easy for the person who suffers to worry about a re-occurrence in the near future. They may avoid going into public places where they might suffer from anxiety, and thus might start to suffer from agoraphobia; a fear of leaving safer surroundings through the fear of having a panic attack or similar incident.

The symptoms of panic disorder.

For someone to undergo a formal diagnosis of this condition, then they must show the following:

Rapid heart palpitations, heavy sweating, shaking that cannot stop, a sense of choking, chest pain, nausea, dizziness and a feeling of permanent detachment is also common. This can also see problems such as sore necks, feelings of emotional weakness and also a desire to turn to a crutch, such as a substance, to try and overcome the issues faced.

The causes of a panic order problem can be quite hard to understand. The causes tend to be quite specific, and can usually be built around other stressful factors within your life, including the death of someone close to you or going through a challenging life experience such as bankruptcy.

Indeed, there has been a major consensus that most of the time the problem can be pinpointed to a sense of anxiety and nervousness. It usually comes from a sense of danger, perceived or otherwise, and usually creates a sense of self-preservation without even realising it. This often comes from the amygdala, a structure within the brain that is typically associated with these particular issues.

For various reasons there is an obvious sense of interest in just how this plays a role in the development of panic disorder. Thankfully, many forms of treatment exist for panic disorder, with arguably the most effective treatment type being to undergo some form of therapy to help overcome the problems at hand.

Most of the time, cognitive behavioural therapy is the most common form of therapy suggested for this. Known otherwise as CBT, this helps to teach patients to see the links that exist between their thoughts, their beliefs and their day-to-day actions.

It helps to make sure that previously clouded and distorted action and thought patterns will ensure that your anxiety is reduced as time goes on. The aim of this treatment is to:

Another option to help deal with panic disorder is to turn to medication. Some medications are known to help combat this issue, such as taking Selective Serotonin Reuptake Inhibitors, or SSRIs. They are commonly used as it helps to manage the way that your brain manages the fear that creates panic disorder.

There are many forms of treatment, but the most important thing to note is that, for the most part, panic disorder is an issue that can be handled, managed and eventually overcome. If you wish to defeat panic disorder, it is imperative that you reach out for help as soon as possible. 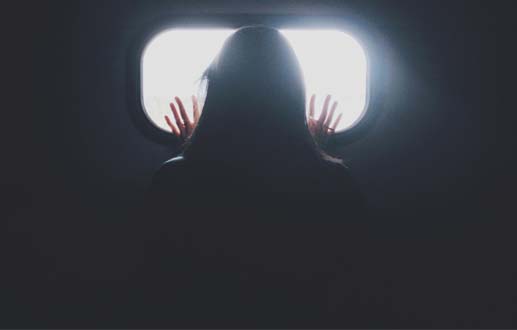