In the last few years, a strange one upmanship / victimhood has emerged whereby some people think they are better than others whereby their illness is worse. Many modern psychologists have found that the discoveries and explanations of the Buddhist coincide with their own recent discoveries and new ideas. 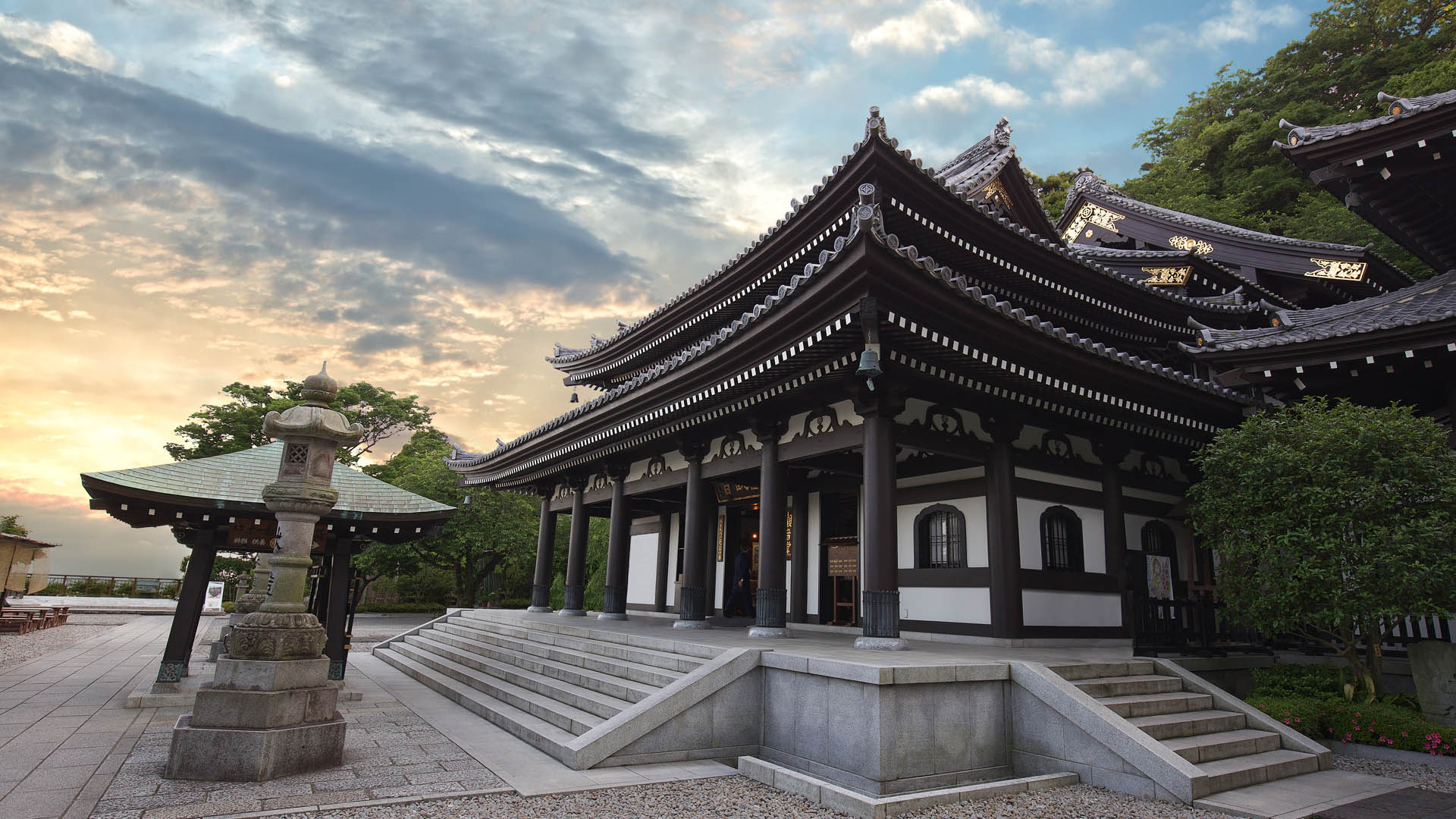 Many seems not to understand Buddhism and the correlation it holds with psychologists. In regards to that, this article will discuss more of the history of Buddhism in correlation with that of psychology.

The history of Buddhism spans from the 6th century BCE to the present. Buddhism arose in the eastern part of Ancient India, in and around the ancient Kingdom of Magadha (now in Bihar, India), and is based on the teachings of Siddhārtha Gautama. This makes it one of the oldest religions practiced today. The religion evolved as it spread from the northeastern region of the Indian subcontinent through Central, East, and Southeast Asia. At one time or another, it influenced most of the Asian continent. The history of Buddhism is also characterized by the development of numerous movements, schisms, and schools, among them the Theravāda, Mahāyāna and Vajrayāna traditions, with contrasting periods of expansion and retreat.

Buddhism is a religion of eastern and central Asia that is based on the teachings of Gautama Buddha whose belief is that suffering is inherent in life and that no one can be liberated from it mental and moral self purification. On the other end of the psychologists, they as well hold a related belief with the Buddhist, they showcased their thoughts and perspectives about life through science and the study of man and his behavior with a characteristics expression of the western man’s spiritual crisis. Western psychology has had a couple of decades now, at least, in which the insights into human psychology in Buddhism have had a significant and broadening impact.

Having discussed the history of Buddhism, it’s as well essential to discuss the history of psychology as well for an explicit article. Psychology is a relatively young science with its experimental roots in the 19th century, compared, for example, to human physiology, which dates much earlier. As mentioned, anyone interested in exploring issues related to the mind generally did so in a philosophical context prior to the 19th century. Two men, working in the 19th century, are generally credited as being the founders of psychology as a science and academic discipline that was distinct from philosophy. Their names were Wilhelm Wundt and William James. 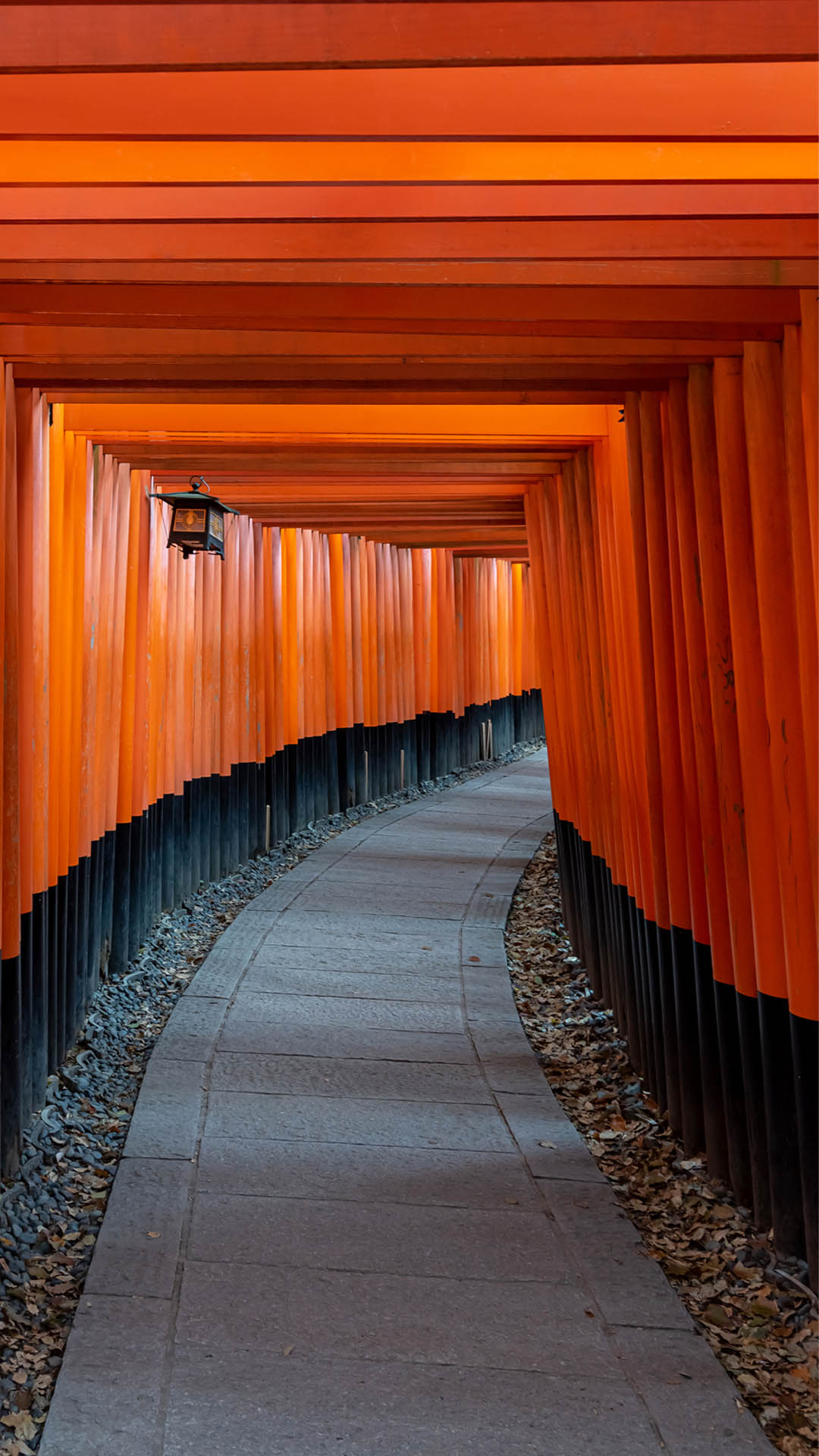 Some believe that the core Buddhist’s teachings about how to awaken to the vastness, mystery and intrinsic goodness are grounded in the practices of mindfulness, and lead to a natural love of and generosity to the world. However, when it comes to talking about mental illness, and studying one’s state of mind, this is quite a new field. Sometimes, in the spoken words of Tara Brach, it was credited that a lot of people listen, even when she doesn’t speak, they listen or simply join her in silence.

In her published book in the year 2013, titled “True Refuge: Finding Peace and Freedom in your own weakened heart” which discusses how people can find their true home, she once published that “what I have found over time is that the more I can recognize what’s happening in the present moment and simply open and allow the experience without judgement, the more I come back home. Her approach blends Buddhist and psychological teachings in ways that are easy for people to apply in their daily lives.

Christopher Germer also expressed his thoughts on Buddhism and psychology in an interview with “Insight Journal” to showcased the correlation between both that there will always be doubters but they seem to be disappearing fast. 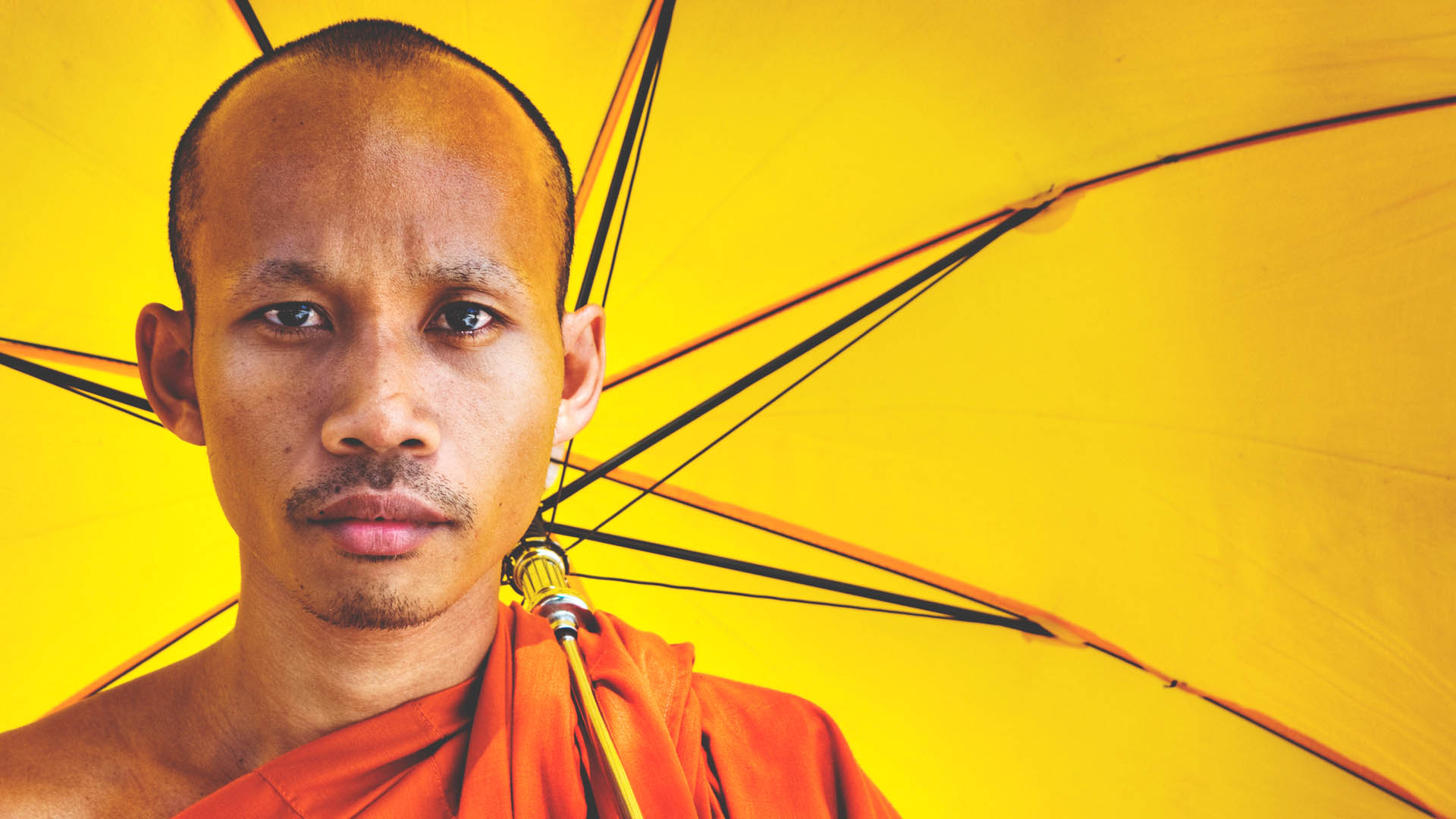 Referencing Jung and Suzuki’s collaboration as well as the efforts of others, humanistic philosopher and psychoanalyst Erich fromm noted “there is an unmistakable and increasing interest in Buddhism among psychoanalysts. Buddhism and existential psychology Buddha once said that life is suffering, while existential psychology speaks of ontological anxiety (dread, angst).

Buddha said that suffering is due to attachment. Jung also personally highlight part of his enlightenment experiences that the only movement within our culture which partly has, and partly should have, some understanding of these aspirations for such enlightenment is psychotherapy.

In our culture, for better or worse, the scientific method is a major arbiter truth and the sheer volume of psychological research is growing fast. Any assessment of Buddhism in terms of psychology is necessarily a modern western invention. Western and Buddhist scholars have found in Buddhist teachings a detailed introspective phenomenological psychology. Looking for counsellors in London ?

Buddhism includes an analysis of human psychology, emotion, cognition, behavior and motivation along with therapeutic practices. Buddhism correlates with psychology using the potential for transformation, healing and finding existential meaning.

The science of psychology has had an impact on human wellbeing, both positive and negative. The dominant influence of Western, white, and male academics in the early history of psychology meant that psychology developed with the biases inherent in those individuals, which often had negative consequences for members of society that were not white or male.

Women, members of ethnic minorities in both the United States and other countries, and individuals with sexual orientations other than heterosexual had difficulties entering the field of psychology and therefore influencing its development. They also suffered from the attitudes of white, male psychologists, who were not immune to the nonscientific attitudes prevalent in the society in which they developed and worked.

Until the 1960s, the science of psychology was largely a “womanless” psychology (Crawford & Marecek, 1989), meaning that few women were able to practice psychology, so they had little influence on what was studied. In addition, the experimental subjects of psychology were mostly men, which resulted from underlying assumptions that gender had no influence on psychology and that women were not of sufficient interest to study.

Without further ado, it can be concluded that when therapy in Buddhism and psychology helps us to recognize and accept our patterns and imperfections, while meditation gradually opens us to the confidence that we have an inner refuge, a way to hold our lives in our own caring and healing presence. 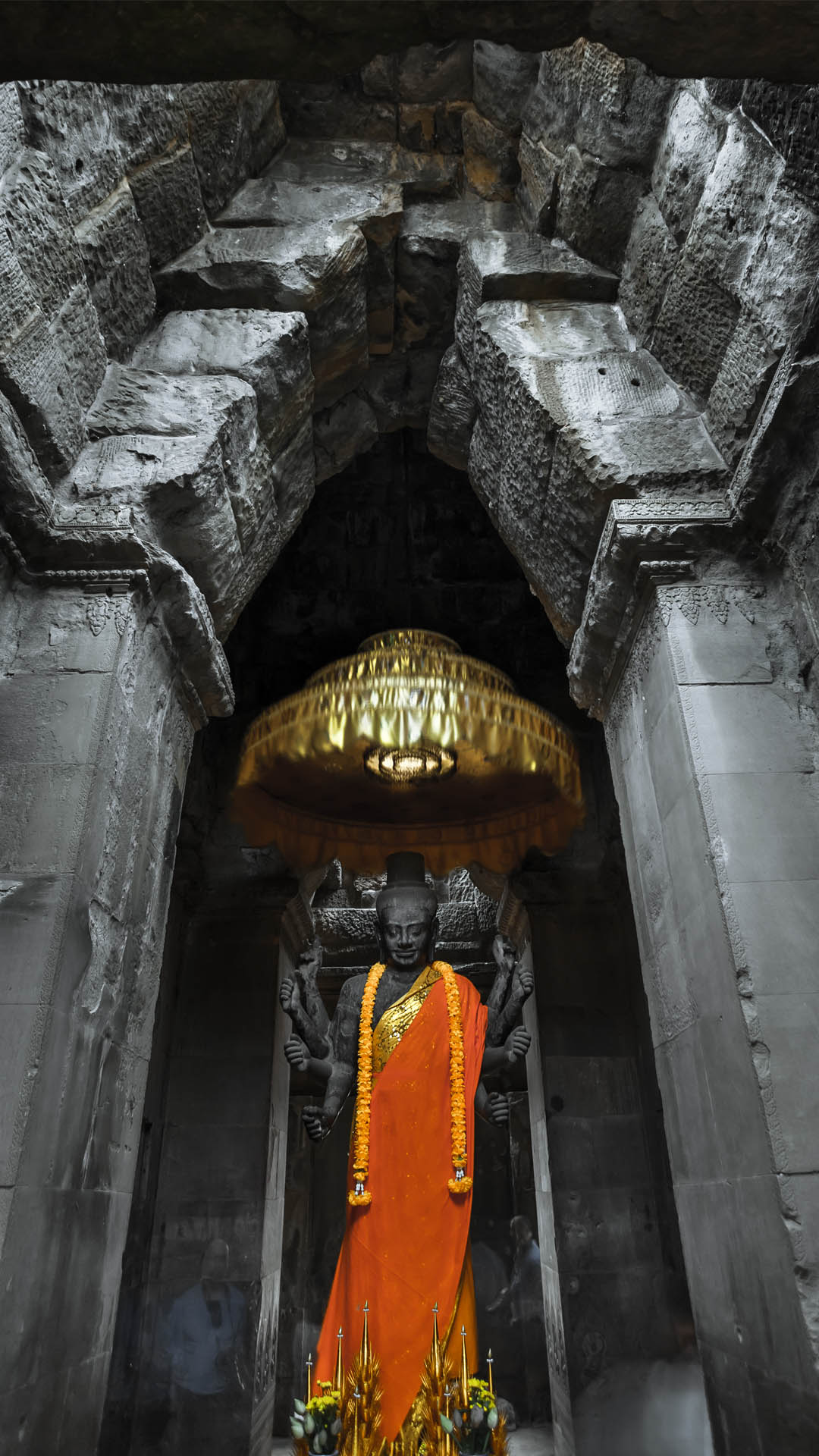